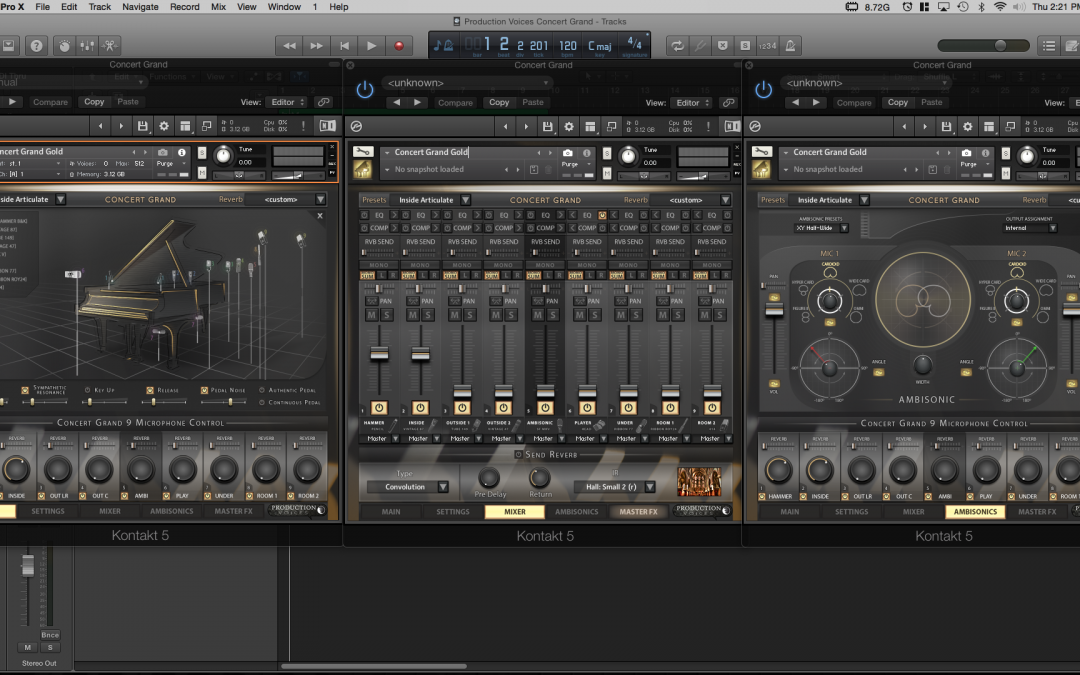 Concert Grand, our Steinway D sample library, is nearing completion. It has been an epic journey to get this project even into the Concert Grand Compact for sforzando format, but we are nearing the release of the Kontakt version!

Here is what is complete:
Interface, controls and functions.
Concert Grand LE and Gold samples are already uploaded on our server ready for download.

Factors slowing us down:
Should this be a licensed Kontakt library that includes Kontakt Player and plays nicely with NKS? This process will take an additional two months, is an extra expense and requires a royalty payment for each product sold. My thoughts on the matter are that Concert Grand is so large and represents a higher-end product that the majority of users will already own Kontakt. The flip side of the argument is that licensing Kontakt Player may open it up to a larger audience.

Challenges:
How do you make downloading 576 GB manageable?
One of the biggest concerns that Production Grand 2 users had was downloading 207 GB and only being able to download 3 or less files at a time! We are experimenting with Continuata download manager for Concert Grand. There are challenges such as Windows users having random issues getting the newer version of the software to work based on the version of Windows users have. Hard drives are an option, but for Production Grand, European orders were not reliably delivered. Hard drives have an added expense. What do you pack them in and do customers expect an unboxing moment when the package arrives?

Pricing:
This is all subject to change, but this is likely what we are looking at for pricing without Kontakt Player licensing:
Concert Grand LE: $149
Concert Grand Gold: $229
Concert Grand Full $329
Upgrade pricing from Concert Grand Compact to Concert Grand LE will be available.
Sale pricing: Likely we will launch first to existing customers and offer discounts to Production Grand 2 owners.

Thanks everyone for your understanding as I get the last details of the library prepped.

We use cookies to ensure that we give you the best experience on our website. If you continue to use this site we will assume that you are happy with it.Ok